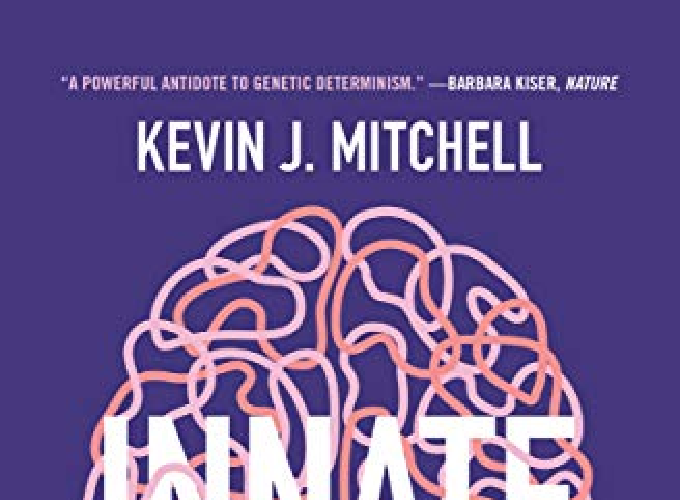 The question of Nature versus Nurture is at the center of a long-standing debate in biology about trade-offs between two competing factors that decide who we are as individuals: our environment (nurture) and our genetic make-up (nature). In Innate, Kevin Mitchell gives a readable yet detailed account of the relative contributions of genes, shared environment, and the confusingly named non-shared environment as the forces that shape each of us: in physique, personality, cognition, and so on. The book is a general overview of how genetics and environment work across a wide range of such traits. Mitchell spends little time on any specific syndrome, such as ADHD or dyslexia. But this is a strength of the book and the reader will come away with a better understanding of how genetic endowment, environment, and the luck of the draw all contribute to determining the full range of characteristics that combine to make each of us unique.

The fact that many learning disorders run in families, including specific reading disability, has been well-established for quite some time now. But a less settled question is that of just what this might mean for diagnosis, classroom practice, and educational policy. Early work in the genetics of reading ability relied primarily on “twin studies”, where the development of reading-related skills in identical twins and non-identical twins is tracked over time. These studies affirmed that both genes and environment play a role in accounting for differences in the ease of learning to read.1 What has been less well understood until more recently is that the genetic component of individual differences in complex traits like reading ability (or language skills more generally, for that matter), arise through complicated interactions of hundreds, or even thousands, of different genes. Each of these genes, individually, makes a very small contribution, positive or negative, to the trait in question (reading ability, for example), but in aggregate the genetic contribution to differences in a skill like the reading ability can be substantial. There is no one gene that carries most of the weight when it comes to reading ability.

In a chapter titled “You Can’t Bake the Same Cake Twice”, Mitchell notes that genes make large contributions to many of the differences that define who we are as individuals, while environment plays a smaller role. But he goes on to observe that genes and environment are not the only factors at play. He describes another mysterious component that is “Regrettably … referred to in the behavioral genetics literature as the non-shared environment…. regrettably because that term connotes an effect that comes from outside the person – that is in the environment.” He spends the rest of the chapter exploring sources of this puzzling contributor to individuality and explains why it is, perhaps, best not considered truly environmental or purely genetic. Development, and neural development in particular, is probabilistic in nature. Chance plays a significant role in the make-up of individuals.

Having set up the three contributors to individual differences in the first five chapters of the book, Mitchell goes on in the remaining six to explore and unpack the implications of modern genetics on who we are as individuals, and on our capacity for change. Innate is an engaging book that is dense in parts, but well worth your time. I recommend it to you.