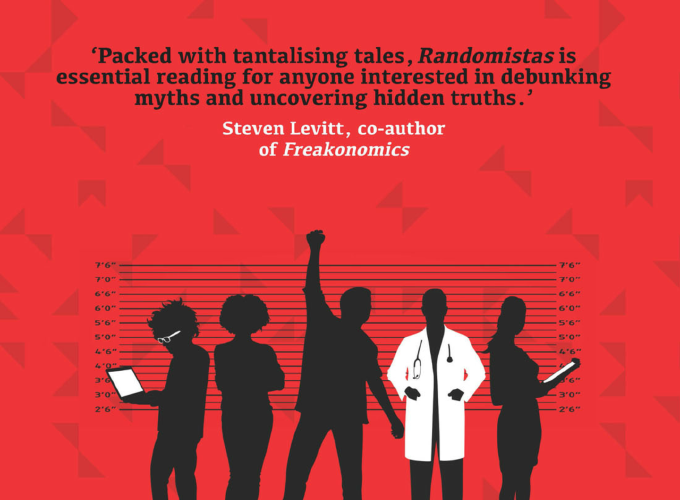 “Evidence–based practice” has been a buzz word in education for some years now.1 However, understanding just what constitutes evidence, and what doesn’t, can be challenging. In Randomistas, Andrew Leigh digs in to one of the most important forms of evidence in the educational, social, and medical sciences, the “randomized controlled trial”. He spells out in plain language just what it is, and why it is considered the gold standard for evidence of what works in education and many other areas of research.

The book is written with a general audience in mind, and readers won’t need any special background to come away with a new appreciation for randomized trials and the evidence they provide for what is or isn’t effective in educational policy and classroom practice. That said, the book does not focus on educational research in particular. It is about randomized trials in general, and that is one of its strengths.

One important thing to keep in mind is that, while RCTs may be the ‘gold standard’ for evidence, they are not the only form of evidence available to us. What’s more, they are sometimes impractical for a variety of reasons. So, policy decisions often must be made in the absence of good evidence. But we should keep in mind that when new evidence comes to light, policy may require modification or even reversal.

Leigh gives specific examples how randomized controlled trials unambiguously reveal the difference between what works and what doesn’t in medicine, social policy, education, and many other areas. The results have sometimes been surprising, and an important point that Leigh makes is that intuitions (even the intuitions of experts!) about what might work are often wrong. Randomized trials let us clearly see whether benefits of a program are real, or just wishful thinking.

I recommend this book for anyone interested in learning more about what evidence looks like in relation to evidence-based education, and the importance of evidence aggregators like the U.S. Department of Education’s What Works Clearinghouse and the independent Education Endowment Foundation in the UK.